#OnThisDay 1602 Donal Cam O’Sullivan Beare & 1000 followers, 600 of whom were women and children were forced to leave the Beara peninsula by English armies to meet his allies at O’Rourke’s Castle in Leitrim. They were plagued by cold, hunger, disease & hostile enemies all the way until only 35 finally reached their destination. O’Sullivan Beare was the last of his name in the Beara Peninsula. He managed to make it to Spain where he sought military aid and although he received money, land and titles, he never got what he had asked for. 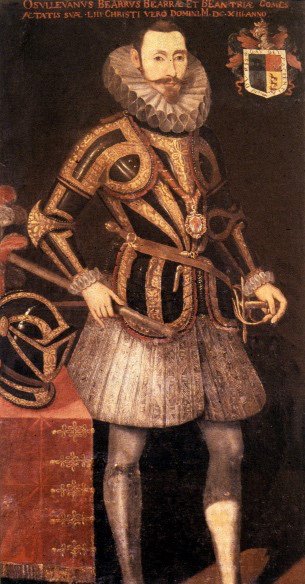