about the Connaught Rangers Mutiny in India June 1920; why it happened, the leaders, the events and what happened to the mutineers in later years. https://podcasts.apple.com/ie/podcast/the-connaught-rangers-mutiny-with-dr-conor-mcnamara/id1365677620?i=1000482764166…

#OnThisDay 1916 Company Sergeant Major James Reddy, an Old Contemptible from Dublin died from wounds received at the Somme. Reddy fought with the Manchester Regiment in WW1 & had served in the Boer War. His 18 year old son (right) was  wounded but survived.

#OnThisDay 1916 Private Thomas Sweeney, from Keelnebrack Kerry was killed in action while serving with the the Australian 26th Infantry Battalion. He enlisted in Hughenden, Queensland & fought in Gallipoli & then at the Somme. Prior to the war he was a shearer. 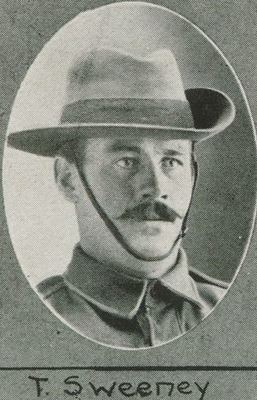 #OnThisDay 1968 US Army Specialist Five Michael Faherty, from Galway, died from a malarial disease he contracted in Vietnam. Michael Noel Faherty, a native of County Galway, Ireland, immigrated to the United States and joined the army from Boston April 20, 1966 to take his basic training at Fort Dix, New Jersey. He took his Advanced Individual Training in Motion Picture Photography in the Fort Monmouth School Brigade from 28 July until 19 December 1966 when he took leave before going to Vietnam. He arrived in Vietnam 4 Feb 1967 and was assigned to Headquarters Company, United States Army, Vietnam.. During his service in Vietnam, he contracted blackwater fever, a complication of malaria. He went home to Galway on compassionate leave to be with his widowed mother when he was diagnosed with malaria & shortly passed away. He is buried in St Josephs Cemetery, Galway City. 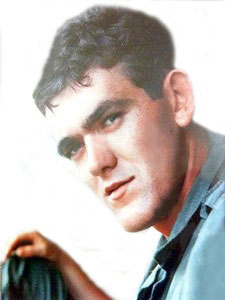 #OnThisDay 1922 Cathal Brugha, though surrounded & outmanned, attacked Free State forces with his pistol. Brugha, who had been wounded multiple times during the Easter Rising & survived, ran out of the hotel that the Anti-Treaty forces were holed up in on to what is now Cathal Brugha Street, and was hit in the leg creating a four inch hole & died two days later.

Linda Kearns held his severed artery in between her fingers while they transported Brugha to hospital. Her medical care temporarily saved his life.

The Irish at War
Create a free website or blog at WordPress.com.