Skip to content
January 16, 2020 theirishatwar
#OnThisDay 1922 Michael Collins (X in pic) accepted the handover of Dublin Castle. The seat of British power in Ireland for centuries had finally been taken. The last time Collins was in the Castle, he was disguised as a coal carter with a price on his head.
#Ireland #History 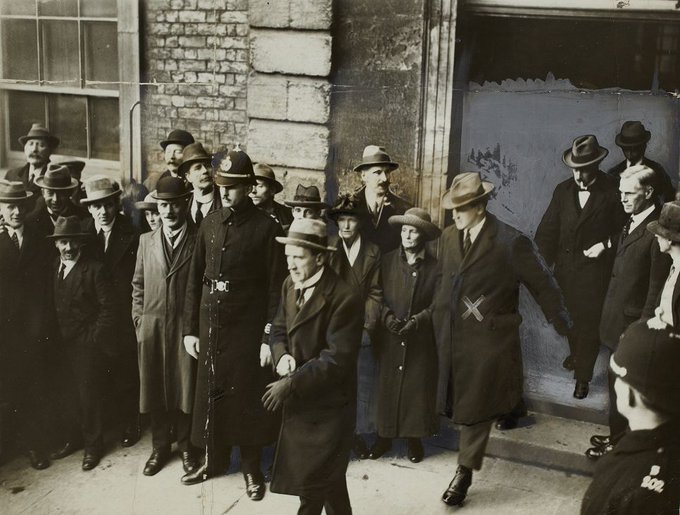 #OnThisDay 1923 Three Anti-Treaty IRA men were executed for illegal possession of arms in Dundalk. When their bodies were released to the public in 1924, the IRA fired a volley over their graves & the Free State Army present returned fire. One man was killed. #Ireland #History

#OnThisDay 1921 East Clare IRA, led by Michael Brennan ambush a patrol of Black and Tans & RIC at Cratloe. Two RIC officers, (Sgt Stephen Carty and Sgt Jeremiah Curtin who were both from Ireland with over 40 years experience between them) are killed. #Ireland #History

#OnThisDay 1923 Fifty Anti-Treaty IRA mined, doused in petrol & then burnt down Sligo train station. They also badly damaged seven engines & forty carriages which cost £80,000. One of the trains smashed through the goods’ yard & ended up in the harbour. #Ireland #History

January 11, 2020 theirishatwar
#OnThisDay 1915 Blair ‘Paddy’ Mayne was born in Newtownards, Down. Mayne played rugby for @IrishRugby & the Lions & was one of the original members of the SAS in WW2. He destroyed more planes than any RAF pilot but controversially denied a Victoria Cross.
#Ireland #History #WW2

#OnThisDay 1923 Two Anti-Treaty IRA officers were shot dead by Free State Army in Wexford. Con McCarthy (L)&Bernie Radford(R) refused to surrender despite being surrounded &fought on allowing their men to escape. Lt Cousins who shot them was Radford’s neighbour. 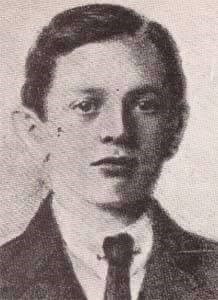 #OnThisDay 1916 the last British troops left the Gallipoli peninsula ending that doomed campaign. The Munster & Dublin Fusiliers were the first to land & over 3,000 Irishmen died there over the next 9 months. Of the 1,012 Dubliners who landed in Gallipoli, only 11 remained unscathed. The 1st Battalions from the Dublin & Munster Fusiliers has to be amalgamated because they suffered so many losses. Their name was changed to the “Dubsters”. Pictured are men from the Royal Irish Fusiliers trying to set a trap for an enemy sniper from their trench in Gallipoli.

The Irish at War
Blog at WordPress.com.