#OnThisDay 1921 A truce came into effect ending all hostilities between the IRA & Crown Forces in Ireland. However the truce did not end all killings, especially in Belfast where the violence got worse. In fact, the second half of 1921 in Ulster was more violent that the first half. Sectarian violence became rife.  Within a year Civil War had broken out in the Free State as the two sides struggled over the terms of the Anglo-Irish Treaty.

PIC: Crowds gathered outside the Mansion House on 9th July when the terms of the Truce were first signed between Nationalist and Crown representatives. 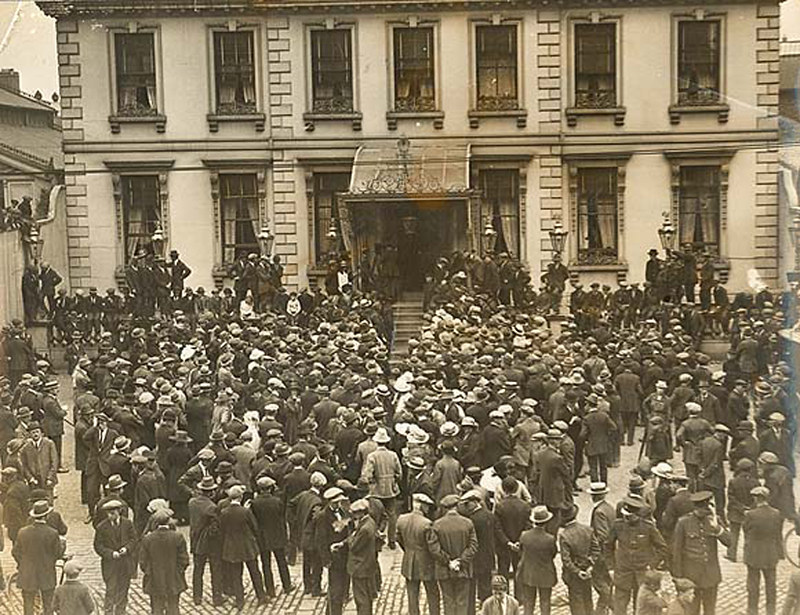