#OnThisDay 1823 William M. Browne was born in Mayo, the fifth son of D. Geoffrey Browne, MP. Details of William’s early life are sparse and it is unclear what higher education qualifications he had or that he served with the British Army in the Crimean War. The records become fruitful again when he is residing in New York City in 1855.

in March 1862 he left the Secretary of State position and became military aide-de-camp to Confederate President Davis & later temporary Brigadier General in the Confederate Army. He was appointed Commandant of Conscription in Georgia and didn’t see much fighting. Browne survived the war but apparently died in relative poverty despite some high class positions. 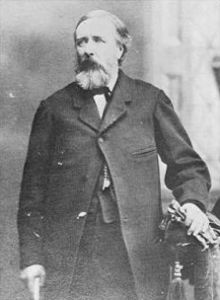