#OnThisDay 1923 Noel Lemass,  a veteran of the Easter Rising (where he and his younger brother Seán fought in the GPO), a member of Dublin’s 3rd Battalion IRA during the War of Independence and during the Civil War he took the Anti-Treaty side, once again fighting alongside his brother at the Four Courts.

Taken prisoner at the fall of the Four Courts,  Noel was imprisoned but managed to escape and made his way to England. He returned to Ireland once the Civil War end but was abducted by an officer of the Free State Army in broad daylight & executed. His mutilated body was discovered three months later in the Wicklow mountains showing signs of torture, his left arm fractured, his right foot missing and that the 26 year old was shot in the head at least three times. Rumours spread that it was one of the Dalton brothers but it was most likely Captain James Murray of the Free State Army who was responsible. Murray also killed military policeman James Bergin in 1925. He was sentenced to death but then commuted to life imprisonment.

Noel’s brother Seán was Taoiseach from 1959-1966. The Lemass years as they were known were times of economic boom for Ireland. 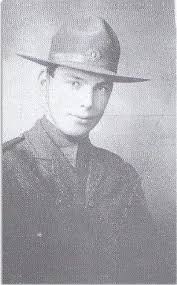