#OnThisDay 1917 Frederick Watson Harvey, was from Meath but serving with the Canadian Army.

“During an attack by his regiment on a village, a party of the enemy ran forward to a wired trench just in front of the village, and opened rapid fire and machine-gun fire at a very close range, causing heavy casualties in the leading troop. At this critical moment, when the enemy showed no intention whatever of retiring, and fire was still intense, Lt. Harvey, who was in command of the leading troops, ran forward well ahead of his men and dashed at the trench, skilfully manned, jumped the wire, shot the machine-gunner and captured the gun. His most courageous act undoubtedly had a decisive effect on the success of the operations.

This earned him a Victoria Cross.
Harvey had two caps for @IrishRugby.

He survived both wars. 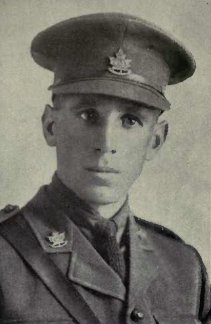