#OnThisDay 1690 (Old Style Calendar) The Battle of the Boyne was fought between the armies of William of Orange & the deposed King James II. It was a victory for William who had a larger, more experienced army. The Irish contested the field bravely but their heart and bravery could only do so much against a larger and more competently lead force. Patrick Sarsfield reputedly said to one Williamite officer, ‘Change Kings, and we’ll fight again”- a jibe at the ineptitude of James II on the battlefield.

Though the war continued for another year, both Kings left Ireland immediately after the battle. William returned to England to run the continental war and James fled to go back to France. He fled so quick that he got the Irish nickname Séamus a’ chaca (James the shit).

This battle and the war was a victory for the Williamites and the Protestants in Ireland. It has left long lasting effects on the Island of Ireland, politically, religiously and land ownership. 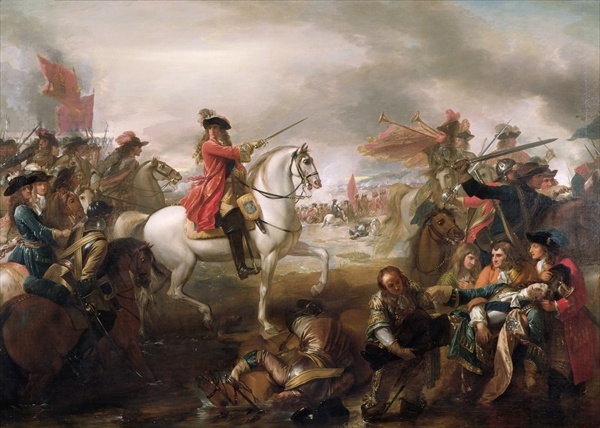