#OnThisDay 1921 The Mayo IRA ambushed a two truck patrol of RIC & Black and Tans at Carrowkennedy near Westport, Mayo. The IRA, led by Michael Kilroy, killed 8 including District Inspector Stevenson (shot by an ex-Connaught Ranger Jimmy O’Flaherty) & temporarily took 16 prisoners while taking no casualties themselves. The IRA captured 22 rifles, eight drums for the Lewis gun, several boxes of grenades, 21 revolvers, and about 6000 rounds of rifle ammunition.
Despite orders from IRA GHQ to kill al Black and Tans, these 16 were disarmed and sent back to the barracks.
This was often seen as revenge for the Kilmeena Ambush two weeks previous where the IRA had 6 of their own killed and 7 wounded. 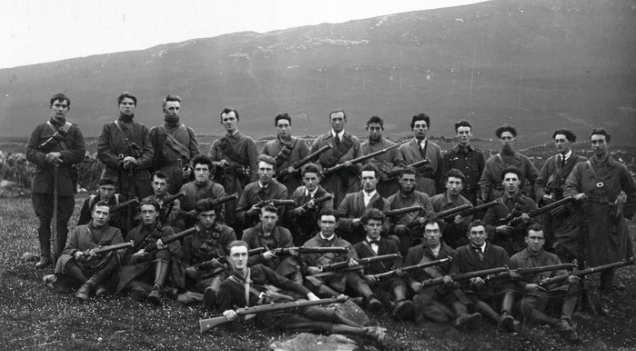