#OnThisDay 1923 IRA Chief of Staff during the Civil War, Liam Lynch is shot in Tipperary by Free State Forces. Lynch had just voted against a peace deal days earlier. Rumours still circulate that Lynch was shot by his own men who didn’t share his diehard beliefs. These rumours are most likely untrue.
His death effectively ended the war. 20 days later, a ceasefire was called for by Frank Aiken. 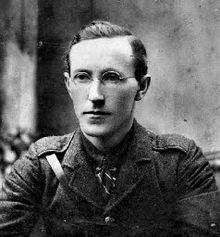